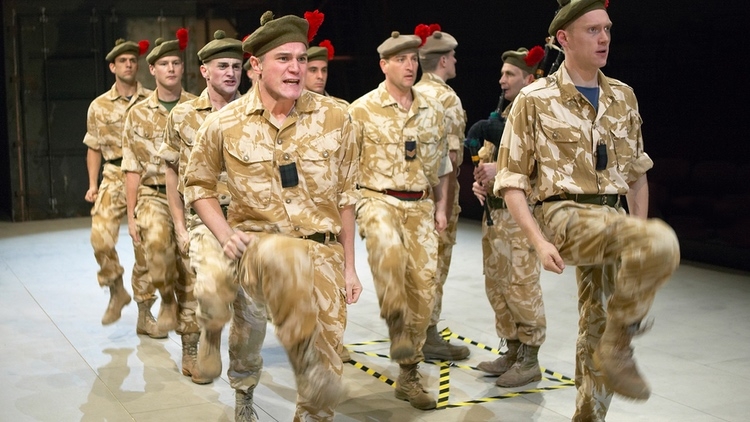 Now something of a worldwide theatrical phenomenon, Black Watch was initially presented by the fledgling National Theatre of Scotland in 2006. Both the company and Gregory Burke’s tale of young Scottish squaddies fighting in Iraq have now firmly established themselves, exporting both Scottish theatre and the regiment’s story.

The play’s second residency at the Barbican, having previously visited London in June 2008, it is striking how the intervening years have aged the play. Actors depict then Defence Secretary Geoff Hoon debating the political motivation behind the regiment’s Iraqi deployment with the then Leader of the Scottish National Party; now no longer a Member of Parliament and the Scottish First Minister respectively.

A sardonic comedy - gallows humour, we are told, is a trademark of the ‘Jocks’ - John Tiffany’s production combines interviews with the soldiers in a Scottish pub on a Sunday afternoon with their everyday lives in Camp Dogwood, Basra. When interviewed the soldiers ask if they are being used, exploited on the stage for the benefit of others. No, assures Burke, who writes a version of himself (played by Keith Fleming) into the piece, bearing witness to the men’s stories.

As well as dialogue, often delivered against a backdrop of enemy mortar fire, we are treated to movement devised by Frantic Assembly’s Steven Hoggett. At times it is breathtakingly simple, at others beautifully drilled, the entirely new cast capture the magic of the piece, fittingly supported by Cameron Barnes on the pipes.

This is a production peppered with three letter acronyms and turns of phrase which have now slipped into standard use and news reporting. Burke’s Writer appears to modern eyes, naïve asking the meaning of the term IED, today we are so numbed to hearing of military losses caused by these improvised explosive devices.

At its heart a story of a group of young men - in the moulds of their father and their father’s fathers, struggling to find an identity for themselves in a world where the pits, shipyards and soldiering make up the likely family businesses.

Tiffany’s production stands the test of time and the rigours of world travel. It remains a stunning piece of theatre, violently real and unafraid of lifting the veil on military conflict. 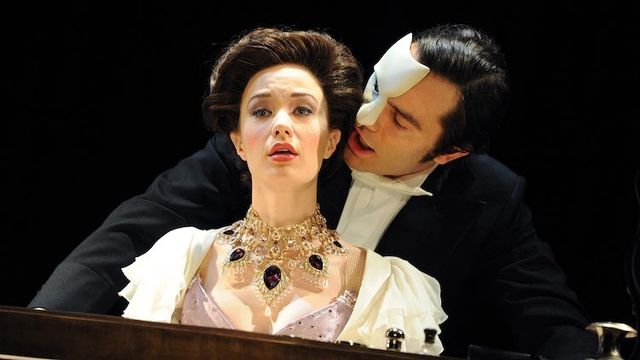