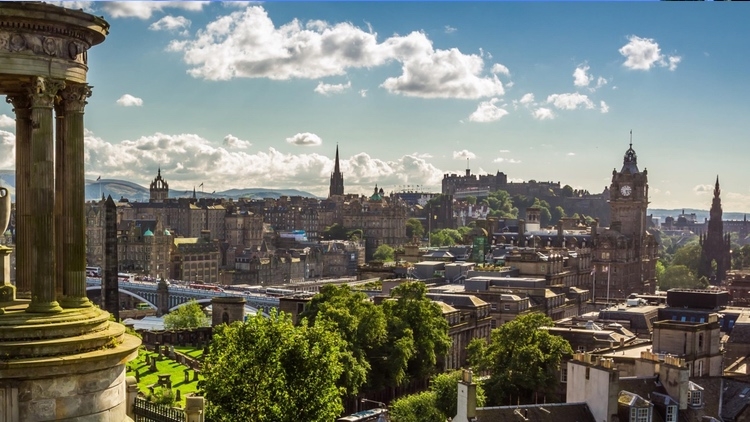 Edinburgh’s Skyline from Calton Hill by Artbees on Flickr.

“Edinburgh is the undisputed world leader as a festival city,” begins the second Thundering Hooves report. Well that’ll bring a collective sigh of relief to the group of 12 of the city’s festivals and their partners who commissioned it.

Arguably more important than recognising you’re the world’s “pre-eminent festival city” is working out what you’ve got to do to maintain that position. To give them their due, Edinburgh’s festivals — a group far wider than just the Fringe, International Festival or Military Tattoo that might immediately spring to mind — have recently taken delivery of the second 10-year plan to help them maintain the “global competitive edge of Edinburgh’s festivals”.

The ‘hooves’ that are ‘thundering’ in the reports’ titles refer to other world cities that, over a decade ago, Edinburgh recognised might be approaching from behind, keen to harness city-wide arts extravaganzas to muscle in on the market for artists and tourists and, more importantly, the economic and social benefits they bring.

That original report, published in May 2006 and now referred to as Thundering Hooves 1.0, pulls no punches when it warns that in areas of global competition it’s “winner takes all” and that, in an age where the national press and international audiences have limited attention spans and holiday time, if you’re not the go-to festival destination you’ll be “lost in a crowd of also-rans”.

Fear that Edinburgh festivals’ 70-year history and pre-eminent position could be eroded by the likes of Manchester, Montreal or Singapore appears to have done a solid job in motivating stakeholders (including Edinburgh City Council, the city’s chamber of commerce, Creative Scotland and the Scottish Government) to engage regularly with the staff not only of the behemoths of the August festival landscape but also the events that fill the rest of the cultural calendar. 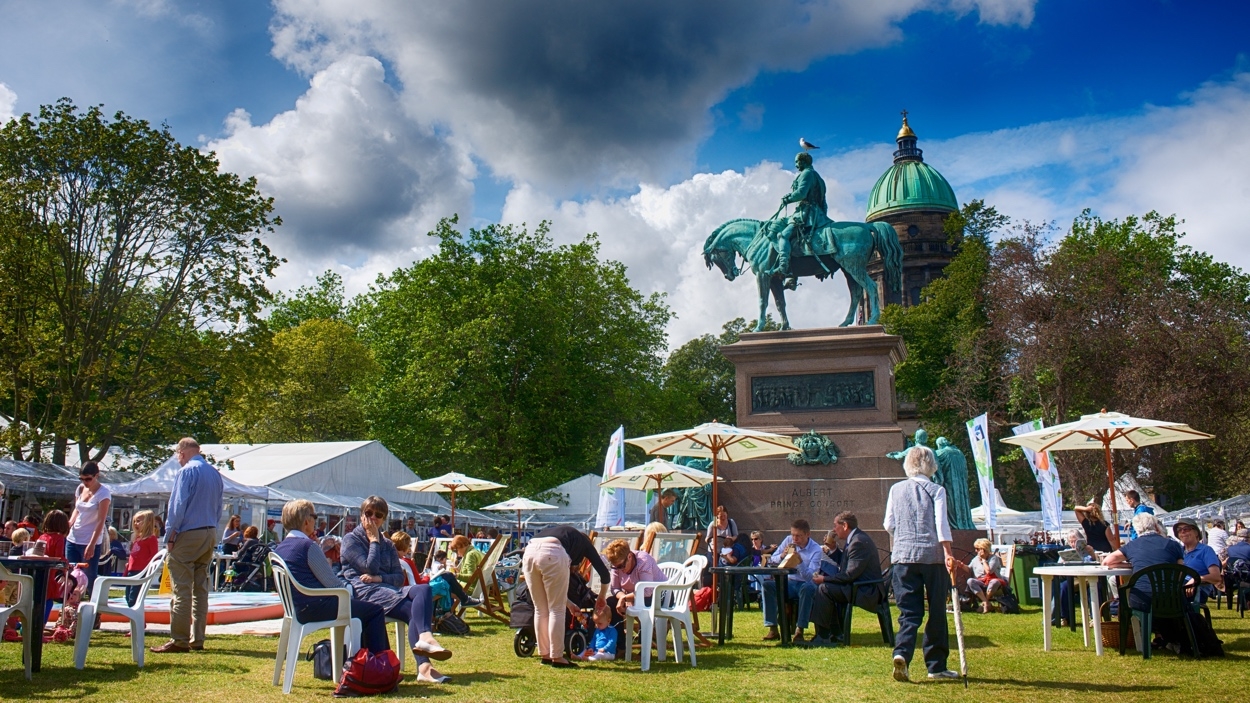 Festivals Edinburgh has been helmed since 2007 by Faith Liddell, a director and producer whose myriad roles across Edinburgh’s festivals include a successful stint as Director of the Edinburgh International Book Festival. “The interesting thing about this report,” she tells me when I ask about the process of writing Thundering Hooves 2.0, “is that it challenges us all — individual festivals, us as an organisation and also the stakeholders and funders — and yet it’s been embraced by us all.”

So what has the city and its twelve festivals identified as the next big challenge as it races to remain at the front of the world festivals pack?

Well, one of the eight areas of recommendation is for the festival city to engage a global audience via “digital ways and means”. Acknowledging that cultural and entertainment consumption continue to become increasingly digitised, Thundering Hooves 2.0 suggests “although there is little immediate opportunity for the festivals to profit financially from digital innovation, the potential impact is enormous”.

The report sets the festivals on a path to explore digital content distribution and promotion, and to potentially unite under a “powerful digital brand identity”. It also calls on the city to put in place a joined-up digital infrastructure strategy, highlighting difficulties heritage and planning constraints have caused in the past and false starts on projects like city-wide Wi-Fi.

“Digital didn’t even register 10 years ago,” Liddell observes of the first Thundering Hooves report, but she stresses that each of the 12 festivals has embarked on its own programmes since, which Festivals Edinburgh has supported. “It’s not like things aren’t happening already,” she tells me, “it’s just that it needs to crank up — we can only do that in partnership.”

As far back as 2010, the festivals’ shared Innovation Lab hired a ‘Geek in Residence’ to work between the 12 festivals. Liddell adds that the Festivals Edinburgh’s event listings API project — making details of the city’s 43,000 combined festival events available to publishers, researchers and technologists — has been “absolutely essential and will continue to be essential within the broader development of our digital reach and capacity.” 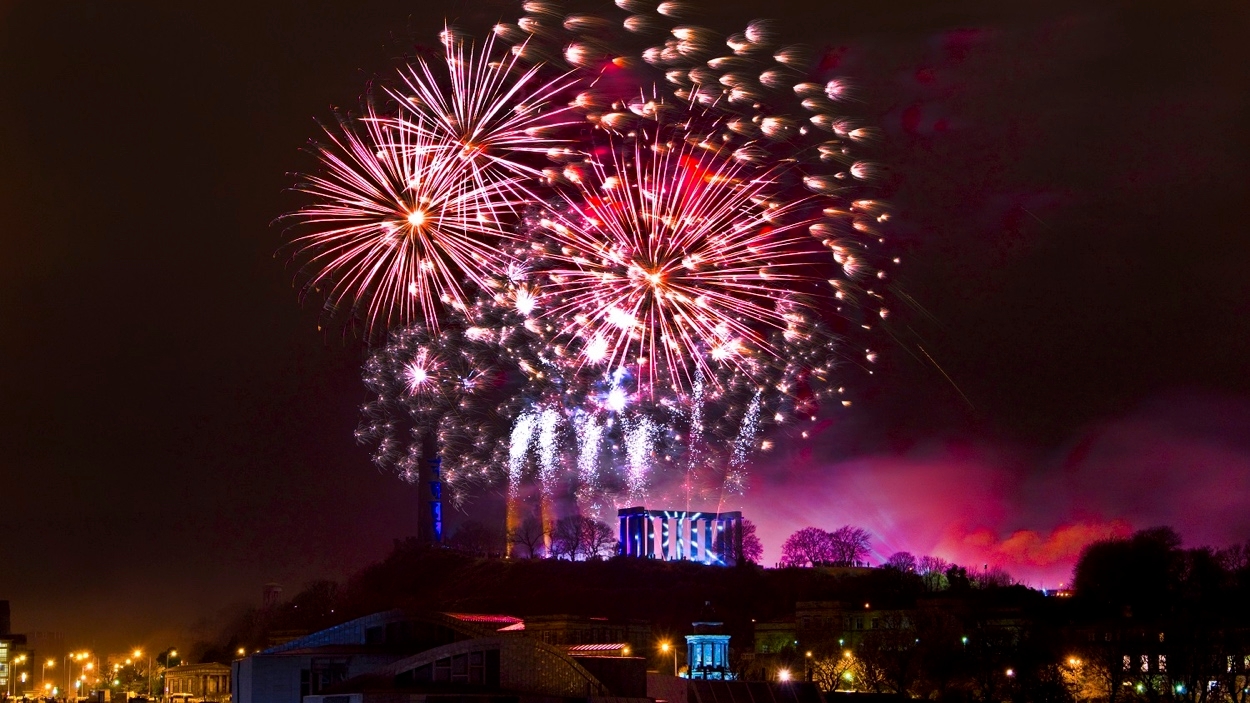 Festivals Edinburgh has also been micro-financing digital innovation within member festivals with matched funding. The organisation’s Project Lab awards funds to individuals or departments within festivals with rules stating that successful projects must be opened up to other festivals and, in due course, the wider cultural sector.

The experimentation is something that we return to when discussing how the scales of Edinburgh’s different festivals impact their digital ambitions. “Scale makes a difference, of course it does,” Liddell says, “but a lot of the work we do in this world is around prototyping, so actually a festival could be big or small to prototype a great idea which in due course the other festivals can share. Resources matter as well in terms of developing some of this work, but I don’t think it’s a kind of intrinsic fault line.”

Liddell is more than bullish when talking about the future of Festivals Edinburgh, pulling the collected festivals together to deliver on the digital ambitions of Thundering Hooves 2.0. “We have a business model now that’s developed over the past of nine years: ‘Invest in us and we’ll experiment, go through the pain, work in detail, ambitiously with you, to create successful new projects and ways of working, and once those exist that process can act as a pathfinder for the wider cultural sector and for the tourism as well.’”

But how can these festivals, which are run by small year-round teams, ramping up resources and staffing levels for short bursts of annual activity, be expected to maintain a culture of digital innovation and keep the expertise engaged year-round? Liddell dismisses immediately the idea that being approached in annual instalments hampers progress. “We’re a year round festival city brand, and it’s how people see the city, as well from a consumer perspective.”

The delineation of activity into the 12 annual festivals is actually beneficial, she suggests: “Festivals are wonderful moments of arrival for projects, they provide platforms, but they’re also moments of departure. They create moments where people can come together and so they have great advantages. There’s time between those big moments to build towards them, and then at the same time to build long-term processes, systems, content, develop work, develop processes with artists and technologists.”

The temporal nature of festival work is a topic I address with Don Boyd, Founder of Hibrow, which last year live-streamed eight 90-minute performances (including a performance by Steven Berkoff) online with BBC Arts and in Odeon cinemas as part of the Arts Council England-supported Hibrow Hour.

“The digital space is perfect for festivals in general,” Boyd tells me, “I believe the Edinburgh Festival, and all the other festivals that have sprung up around it, have a phenomenal opportunity in the digital space. Edinburgh, as the report says, is a fantastic cultural hub. What must happen though, is that you’ve got to find a way of pushing it away from just the period of August, so that you go beyond that in terms of its value.”

The Edinburgh Festival Fringe is a different beast, I suggest to Liddell, than other festivals in the city’s portfolio. The world’s biggest performing arts festival, with open access one of its founding tenets, how does a centralised push towards digital distribution and promotion filter down to individual producers and venues when anyone with a show and a venue can pay to be listed in the official brochure? “The relationship in this territory is similar to the one in their normal relationship in the live domain,” Liddell tells me. “What the Fringe [Society] is and can be is a facilitator and an informer, a raiser of capacity and a supporter.”

Digital projects on the Fringe then, will likely continue to be delivered by what Boyd terms “massive financial and cultural investments” by companies such as Hibrow. “It is driven by individual enterprise,” says Liddell, “it’s a big entrepreneurial soup, and that model will apply in whatever area the Fringe is operating in, and the individual venues and producers. But again that is incredibly exciting, because what you have is that huge range and within that they will compete for leadership around this territory as well.”

Dancers at the Edinburgh Festival Fringe.

The recent Thundering Hooves report is candid in is appraisal of arts funding available to deliver its key recommendations, predicting public sector investment will fall 5-10% year-on-year. The report also flags that “private investors will look to see what public commitment is being made and will not want to see themselves as subsidising public sector cuts”. How then does Liddell see the reports digital strategies being implemented?

“Yes, it’s candid,” she says, “but it didn’t constrain ambition. And particularly in the digital field it’s incredibly important. In a way it’s about agreeing to ambition, whilst simultaneously tempering naivety about the funding situation, but not actually tempering the possibility.

“I think [the festivals] genuinely feel that much of this is possible if we work closely together. To all of us in the cultural sector, and to be honest across every area of life, partnership and collaboration are the themes. In how our city is evolving, it’s working in partnership more broadly, and that’s a big focus everywhere. So there is an understanding that we have to work together and solder together things in new ways in order to allow ambition to happen.”

Liddell isn’t short of praise for the festivals that she works with, particularly when it comes to addressing a changing funding landscape: “We’re very ingenious, you know. Individually the festivals have been brilliant. If you think what happened with the financial crisis — sponsors amalgamating and all of that — they have brilliantly found or readjusted their income sources and have been really very good at that. They’re creative entrepreneurs and they’re financial entrepreneurs as well.”

Originally published by The Space on 14 July 2015. 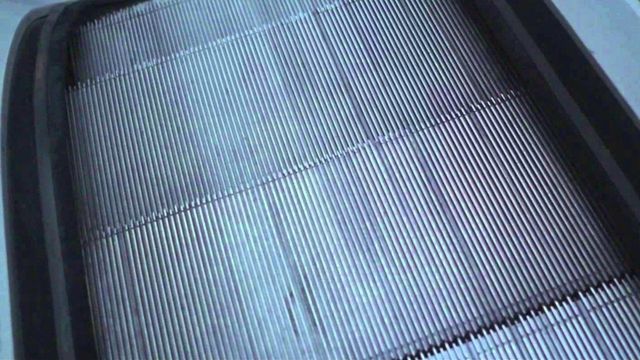